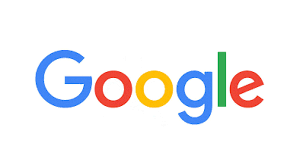 Being number one in the organic rankings on the search engine results page (SERP) is the holy grail for companies and SEO providers alike. However, with Google continuing to make alterations to the structure and layout of SERPs, the relative importance of organic rankings, local pack rankings and AdWords is also changing.

These dynamics are best illustrated by looking at the key changes made to SERPs over the past couple of years.

At the end of the day, Google wants to make money. So it makes sense that, in addition to ‘listening to its customers’, it wants to get as many clicks on paid adverts as possible. Previously, the number of ads on a SERP was often well over 10, with ads at top of the page, ads at the bottom of the page and ads down the right-hand side (Figure 1). 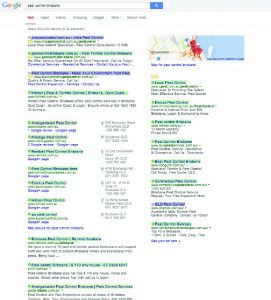 However, in 2016, Google removed the right-hand side ads and allowed up to four ads to appear at the top of the page. Coupled with the local pack results immediately below them on the page, it meant that when four ads were showing, the first organic result was no longer visible on the screen without scrolling (it was ‘below the fold’). This structure was rolled out globally and is now very common in Australia for commercial search terms (Figure 2).

Four ads don’t appear at the top of every search, only for commercial search terms with a significant number of advertisers or for searches that include a large metro city. When this occurs and the organic results slip ‘below the fold’, this obviously has a big impact on organic click-through rate (CTR).

Google has also made some subtle changes to the ad designs themselves – the ‘Ad’ signage has become smaller and green in colour (remember the days when they used to be highlighted in a big yellow box?), and some ads are now extended text ads. Both changes make it more likely for ads to get more clicks.

The current mobile SERP layout for commercial search terms includes three ads at the top followed by the local pack (four listings, one of which is a paid ad), and then the organic listings. So again, you have to scroll some way down to get to the organic listing, with obvious consequences.

Remember Google has a separate search index for mobile devices, so listings may not be the same on desktop as on mobile.

The local pack results have also seen a number of changes over the past few years, with the most obvious one being the appearance of the ‘7-pack’ and then the switch from a ‘7-pack’ to a ‘3-pack’ in the desktop SERP. The fact that the ‘3-pack’ is front and centre on the page shows the importance Google places on local search results.

More often than not, the listings that appear in the local pack are free (organic), but paid options are starting to appear, which can be accessed by location targeting in AdWords. However, trials have been in place in the US, whereby the top listings in the local pack results have all been paid ads – something to keep an eye on!

So how do these changes affect the relative amount of traffic received by AdWords, local pack results and organic listings? One report states that between 2015 and 2017, the CTR for all organic results on page one of the SERPs had dropped by 25% on desktop and 55% on mobile (source: Wayfair SEO).

Where are these clicks going? It would seem a majority of these clicks are going to the local pack results – not surprising since they are front and centre, with the remainder going to paid ads.

Does that mean SEO is dead and we should plough all our money into local SEO and AdWords? Of course not, but it does mean a marketing strategy solely based on obtaining high organic rankings is unlikely to succeed. It has always been best practice to have a good marketing mix – putting resources into SEO for organic rankings as well as paid advertising – as this delivers the best CTRs.

A number of older studies (mainly by Google) have shown that clicks on paid ads are largely incremental – the visits to the advertiser’s site would not have occurred without the ad campaign. Although Google ran these trials, the results haven’t been disputed. Furthermore, it is widely accepted that the combined effect of paid ads and high organic rankings is synergistic. Table 1 from Seer (2013) provides one example, where they analysed the performance of six clients. The average increase in CTR when both ad and organic listings appeared on the first page was 10 times more than the combined CTR when the ad or organic listing appeared on its own. The difference may not always be this pronounced, but you get the point.

Table 1: Effect of AdWords and organic listings on CTR

The bottom line is that SEO is not dead – you want to be top of the rankings, but an AdWords campaign should also be part of the marketing mix, along with efforts to increase the presence in the local pack results. With Google continuously changing the search engine algorithm and SERP layout, it pays to hedge your bets and not put all your eggs in the SEO basket.